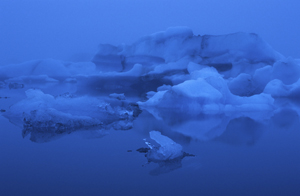 There is something about me and rain. It’s like an old marriage – we are not exactly passionately in love but inseparable. I have stopped counting the times my well-laid plans went entirely wrong because of adverse weather conditions. And I’m not talking about typical rain magnets like tropical rainforests, Isle of Skye or Peckham in winter. I have seen heavy downpours in Barcelona, Tenerife and Provence. In 2001 I did a day’s sight-seeing in Nice with a heavy-duty waterproof outfit on. I survived a deluge in Athens in 2004. Years earlier, in the summer 1990, I woke up in a Naples campsite one morning to find my tent had sunk in a deep muddy puddle overnight. I am the very person who has mastered the photographic technique I call “tripod and umbrella” and my family and friends affectionately refer to as “just plain nuts”. I’ve never been to Sahara desert and I’m not intending to go as I know that it would turn into a wet disaster due to some unexpected climate anomaly.

Having had the wet weather treatment in countries famous for their dry weather I didn’t expect much sunshine in Iceland. And rightly so, as my first trip to that volcanic island, in the summer 2005, coincided with what I was told happened to be the wettest summer since the 18th century or something like that.

I decided that the best way to see as much of the country as possible would be by the regular coach service that goes around the island. I booked a hop-on hop-off bus ride and went shopping for camping gear. Among all my purchases was a small and light one-man tent; perfect for taking in a backpack just in case I couldn’t find any other accommodation. The only time I was seriously intending to use it was the night I planned to spend by Jokulsarlon glacial lagoon in the south of the island. There are no hotels or campsites in the vicinity and I had great plans to photograph the floating icebergs at sunset and sunrise.

In spite of frequent downpours of rain the trip was going quite well. The people I met were lovely, the scenery stunning and I got a sunny spell or two to take some pictures. I even spent a couple of nights in the tent which turned out to provide warm and reliable shelter.

All went well until the much-awaited visit to the glacial lagoon.

The day started with a trip up the Vatnajokul glacier. Bored with unphotogenic weather, I decided to pay for a package deal that included, amongst other things, a return journey to the glacier by a special four-wheel drive bus and a snow scooter lesson. The trip up and down the winding mountain path gave me travel sickness and something close to a panic attack every time the little bus pulled over to give way to cars coming from the opposite direction – it felt as if it was hanging off the cliff and was about to fall into a bottomless abyss taking us all with it. Of course I do realise that bus goes up that mountain every day and no accidents ever take place, but it’s not exactly the way your thoughts travel when you happen to be on it.

The time on top of the glacier was spent battling with strong wind, pouring rain and near zero visibility. Needless to say, I didn’t take any pictures. I didn’t learn to drive snow scooters either; in fact, I proved to be utterly useless – the only thing I did well was to drive the instructor mad as I kept losing control of my machine which tore off in a random fashion through the snow and across narrow but hell-deep crevasses.

When I finally arrived at Jokulsarlon lagoon I was tired, cold and fed up. It was still raining. I started thinking that I should, like the rest of my fellow passengers, stay there only for a couple of hours then get back on the bus and let it take me all the way to Reykjavik. Surely I could find some dry and warm hotel room and do some tame sight-seeing for a couple of days until the end of my stay on this rainy island. However, the photographer in me was desperate to bag some shots of the mysterious lagoon with dramatic skies (“well, it has to stop raining at some point, hasn’t it?) and I decided to give it a go. Soon everyone left and I watched the disappearing bus with a mixture of weakening enthusiasm and growing panic.

The plan was simple. I would have a meal in a café in the visitor’s centre and sit there until the closing time. It would surely stop raining by then and I would be able to go out for a photo recce. At dusk I would put up the tent and get some sleep while waiting for the morning light. It was an absolutely perfect plan, and like many perfect plans it did not quite work. I entered the café and found out that instead of Scandinavian lunch with hot soup, boiled eggs and pickled herrings I could only get tea and cake. I must admit it was a very nice tea and cake indeed but I had to enjoy it outside in the rain as it turned out one was not allowed to sit inside with a large backpack. The walk and photo recce did not materialise either as it was becoming more and more obvious that the heavy low cloud was not going to move anywhere.

The café closed and most of the tourists left in their cars. The only option I had was to put up the tent and stay inside until it stopped raining or until the bus arrived next morning to save me – whichever came first.

I have to give it to that little tent; it defended me from the rain heroically. Alas, it was not exactly designed to survive Scandinavian storms. During a night from hell with vicious sleet and howling wind I had to go out quite a few times to secure the tent’s lines to the ground. Believe me, it takes quite a skill to put your waterproof gear on in a one-man tent, go out, then return and remove the now-dripping waterproofs without causing a small flooding inside. Eventually, overcome with cold and exhaustion, I gave up and crept into my sleeping bag complete with waterproofs and allowed sleep to take me.

At five in the morning it stopped raining and the wind calmed down. There was water inside the tent and the sleeping bag was wet through; fortunately I not only managed to stay dry inside the waterproofs but also kept my camera equipment away from the wet stuff. I ventured out, put up a tripod and took a few dawn shots of the blue icebergs before it started raining again.

I spent the morning sitting in the rain outside the café having tea and cake until the bus arrived at 10 am and spat out a group of day-trippers. I got on and let it take me all the way to Reykjavik where I finally found a dry and warm hotel room and managed to do some tame sight-seeing for a couple of days until the end of my stay on that rainy island.

Published on the Travel Photographer of the Year website August 2008